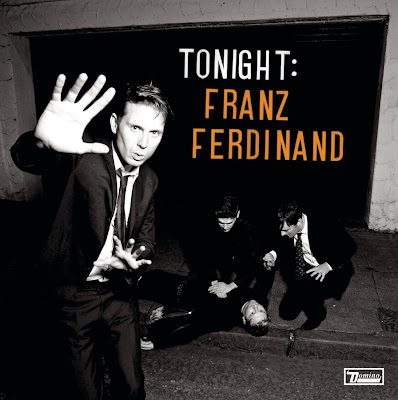 January 27th : Franz Ferdinand - Tonight (Domino)
"...is music of the night: to fling yourself around your room to as youpsyche yourself for a night of hedonism, for the dance floor,flirtation, for your desolateheart-stop, for losing it and loving losing it, for the chemical surgein your bloodstream. It's for that lonely hour gently rocking yourselfwaiting for dawn andit all to be even again." - ALEX KAPRANOS
http://www.franzferdinand.co.uk/
Bruce Springsteen - Working On A Dream (Columbia)Working On A Dream is Bruce Springsteen and The E Street Band's lateststudio album since 2007's platinum selling Magic as well asSpringsteen's twenty fourth album. It was recorded and mixed atSouthern Tracks in Atlanta, GA with additional recording in New YorkCity, Los Angeles, and New Jersey.Working On A Dream features twelve new Springsteen compositions plus abonus track. It is the fourth collaboration between Springsteenand Brendan O'Brien, who produced and mixed the album.
http://www.brucespringsteen.net/
Bruce Springsteen & The E Street Band - Greatest Hits (Columbia) This greatest hits package is distinguished from 1995's Hits album bythe artist: not Bruce Springsteen this time, but Bruce Springsteen & theE Street Band.Twelve tracks skip over the non-E Street records like Nebraska, Tunnelof Love, Human Touch, Lucky Town, and The Ghost of Tom Joad, to providea broad career overview from "Rosalita" through "Radio Nowhere". TheBruce Springsteen & the E Street Band Greatest Hits package will beavailableacross the board in Canada at ALL music retail locations.
http://www.brucespringsteen.net/
Pat Green - What I'm For (RCA Nashville)PAT GREEN commands a position in the music world uniquely his own. Hesells out stadiums like the Houston Astrodome and Dallas' SmirnoffCenter as well as the Nokia Theater in New York City as a headliner, yethe also gets the opportunity to tour with major artists like KennyChesney, Keith Urban and the Dave Matthews Band. That dichotomyunderscores one point: Aas hugely popular as Pat Green is, as rabid ashis loyal fan base is, there's still an enormous audience getting theirfirst exposure to his one-of-a-kind music and performances.
www.patgreen.com
Posted by City Style and Living at 11:11 AM