PLEASE TAKE A SEAT AT THE BAR....THE CLASSIC WELCOME 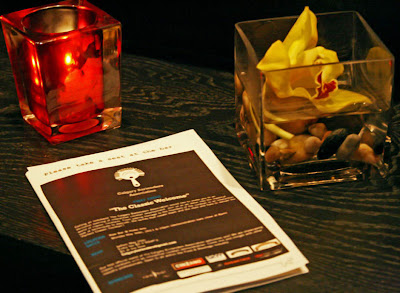 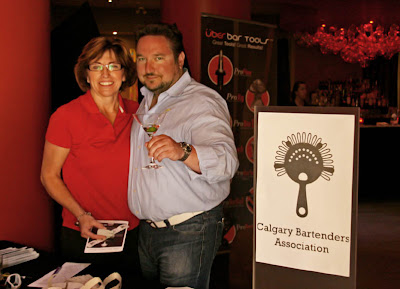 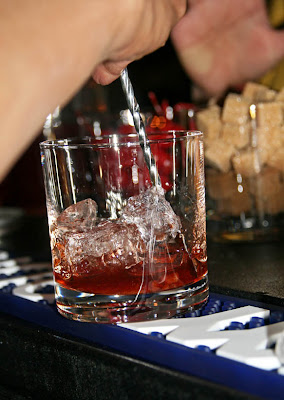 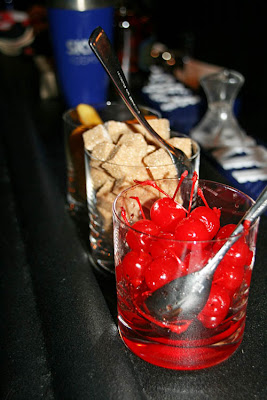 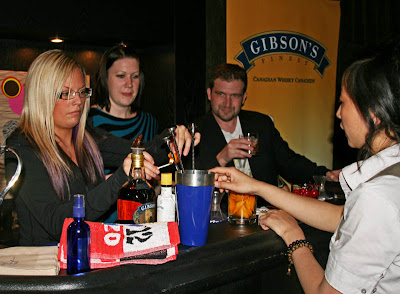 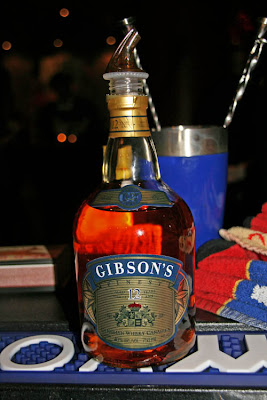 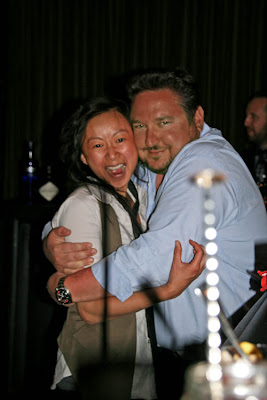 Garth gives Christina a huge hug for her hard work 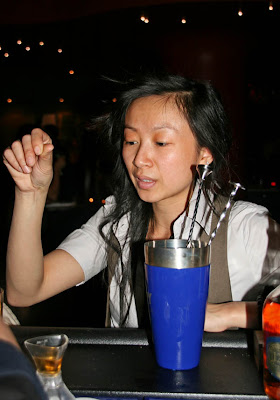 Christina instructs one of the CSL crew 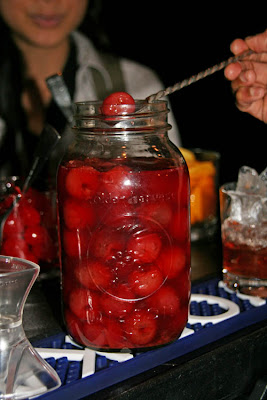 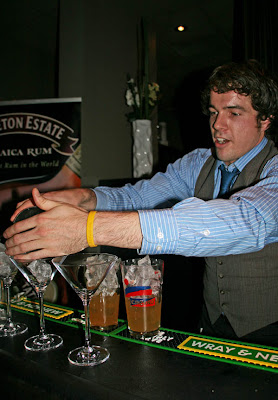 The effervescent Philippe Grandbois chills the martini glasses for the cocktail 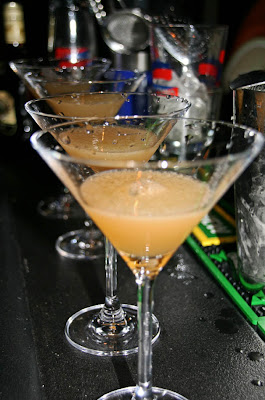 The Daiquiri (sour) from Barmetrix Philippe Grandbois, and a favourite of Hemingway 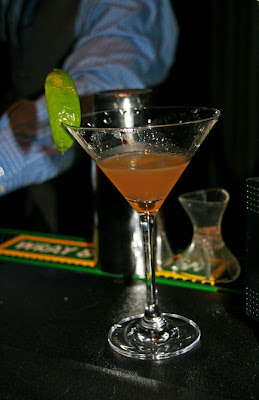 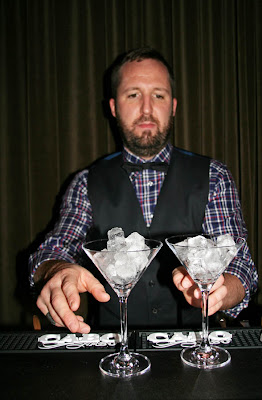 Stephen Phipps of Brasserie Kensington gets ready to prepare a martini 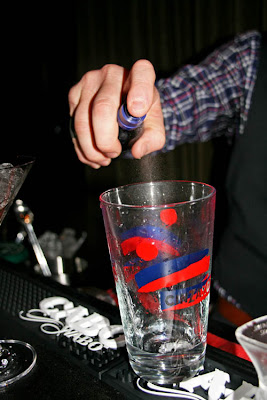 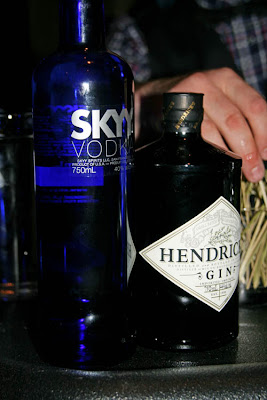 The components to a perfect martini including Hendricks Gin 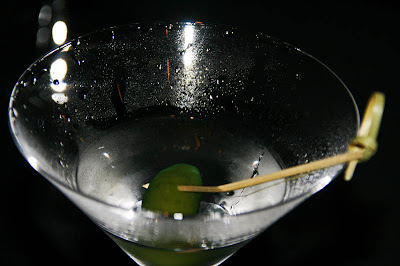 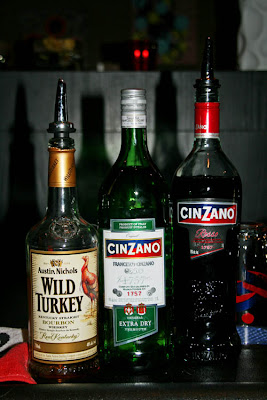 The ingredients for a great Manhattan 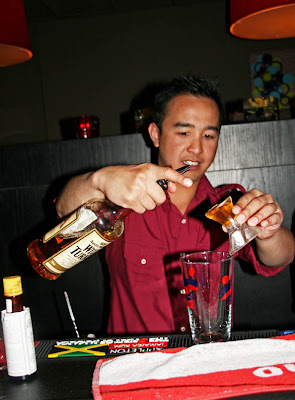 Jimmy Nguyen of Olives pours bourbon for a Manhattan 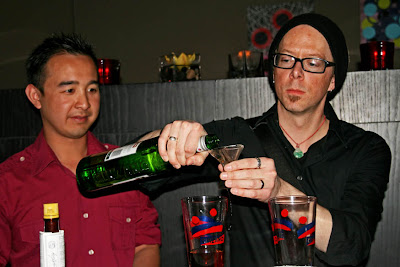 A guest taking part in the mixing festivities 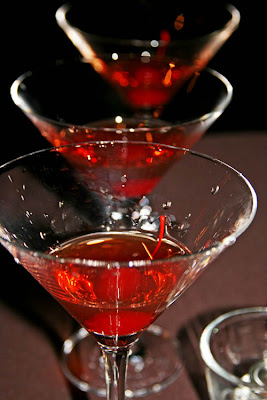 The finished Manhattan, garnished with a cherry 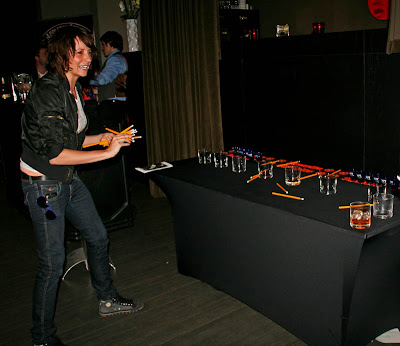 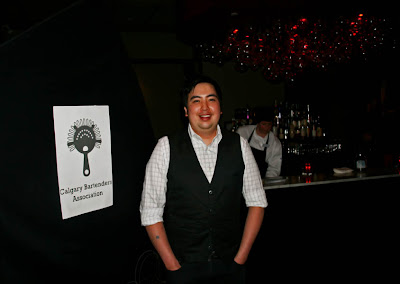 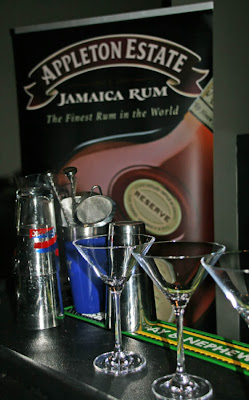 What happens when guests meet with an exclusive evening of interactive cocktail development? Magic.

The hottest bartenders from some of Calgary's coolest restaurants gathered at Hotel Arts' Raw Bar for an evening of flair, and style, and to show off the classic cocktails of yesteryear. The best part? Audience participation - where guests got to make their own cocktails with instruction from the experts, one on one.

Garth Brown, general manager at Olives spoke to CSL about the mission of the evening, "we're trying to get together the best bartenders in the city to really show Calgary off to the world as a real contender in mixology and really create a community."

Organized according to stations, Christina Mah , bartender at Charcut was our first stop. We were put to the test, using some cool stir sticks from Uber bar tools, we mixed our way through An Old Fashioned. Of course, Mah's twist of brandy soaked cherries made this drink a modern twist on the original and a great balance to the Gibson's whiskey. Other garnishes included maraschino cherries, and flaming orange peels. Look out for CSL's exclusive with Christina Mah in the Summer 2011 issue of City Style and Living magazine.

Next, we stopped by Barmetrix owner Phillipe Grandbois station for a Daiquiri sour. The engaging Grandbois fills us in that this was the favourite drink of Earnest Hemingway, who often had six doubles (Papa dobles). This is the ultimate Summer drink and used with Appleton Estate 12 year old, is a standout.

The charming Stephen Phipps (Brasserie Kensington) is next on our list, and he instructed the us on how to make the ultimate Martini. The most interesting part? Vermouth in mini spritz bottles allowed just the right amount of liquor to be dispersed into the chilled glass. Phipps garnishes with a large cerignola olive, which could also be muddled into the glass (and then double strained). This is a nice, clean taste and a nice homage to the original.

Lastly, we step up to the booth of Jimmy Nguyen, 'drinkist' at Olives for a lesson on The Manhattan, a drink popular during prohibition; and used to disguise the sub-par flavour of 'bad bourbon' (this thankfully doesn't happen anymore). Angostura bitters add a nice spiciness to this cocktail. We opt for Wild Turkey bourbon in our concoction (Rye whiskey could also be used). The ever smiling Nguyen, who has worked in Australia, Greece, and Europe teaches us with patience as we salute the evening.