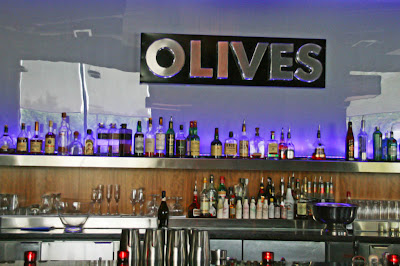 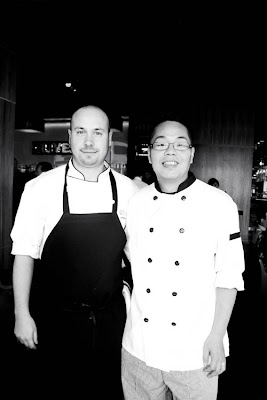 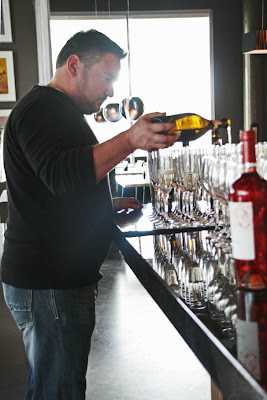 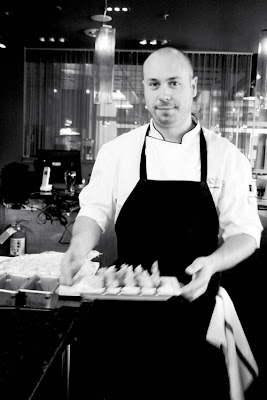 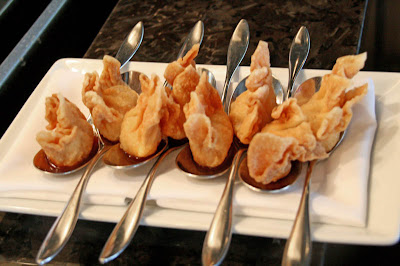 The wantons were crispy with plump shrimp inside (Chef Luu told us the secret to their unbelievable texture, which we will not divulge). Steaming hot, crunchy and flavorsome, all in one tiny bite. 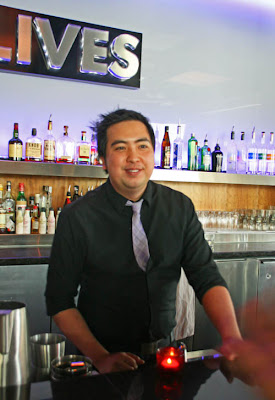 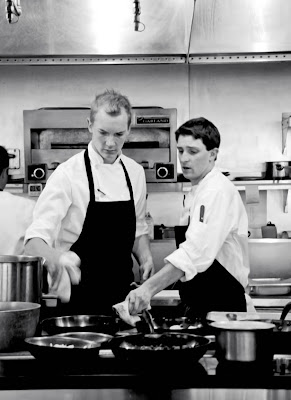 The kitchen is busy preparing for the first course 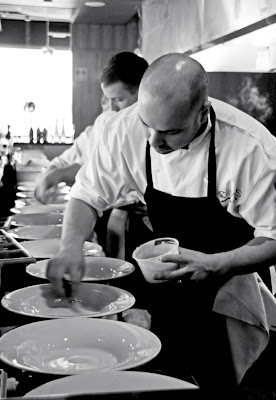 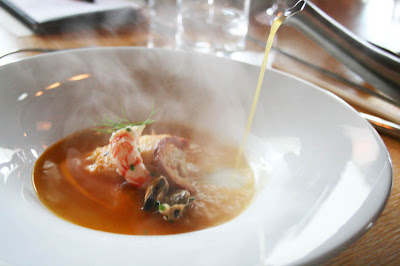 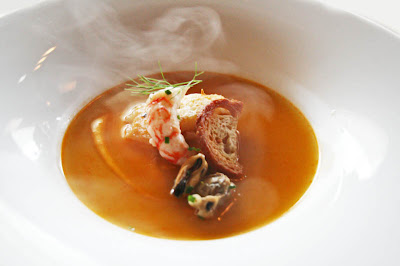 As Brown noted, "this was a dish never meant for groups of less than 10 people." This course was prepared by Chef Canning. "Make sure that you mix up that rouille, it adds a nice earthiness to the broth, and also thickens it," Brown tells us. Bright fennel, delicate saffron and sweet clams make this warm soup delicious. 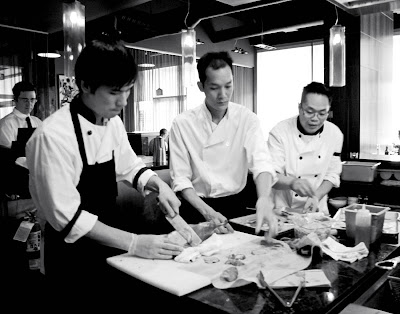 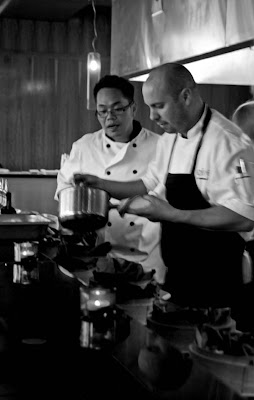 The two chefs discuss the sauce 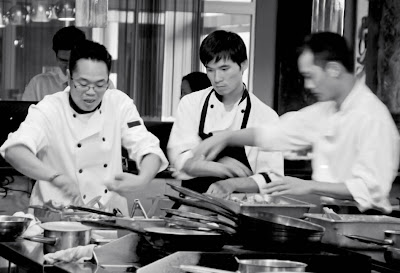 Chefs from Tai Pan busy in the kitchen 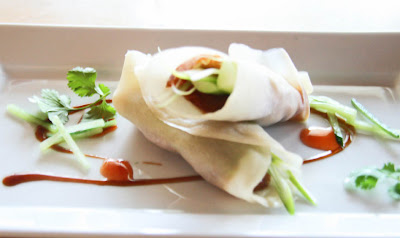 The second course of Peking Duck, green onion, cucumber, crepe, hoisin. Silky crepes with crispy duck skin, were offset by the freshness of the cucumber and onion. "The Peking duck is our signature at the restaurant. We are proud of the crispiness of the skin," noted Luu. Brown paired this course with Zorzal, Malbec Rose, Mendoza Argentina 2009. This course was prepared by Chef Luu. 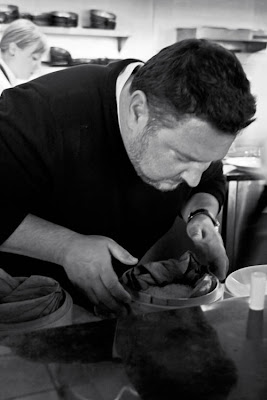 Lending a hand with the third course, Garth Brown. 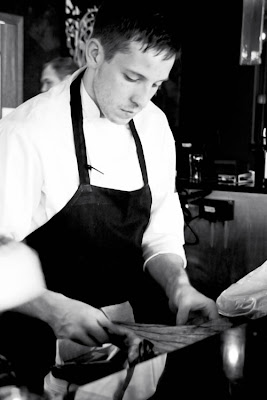 A chef putting the lotus leaf into a bamboo steamer 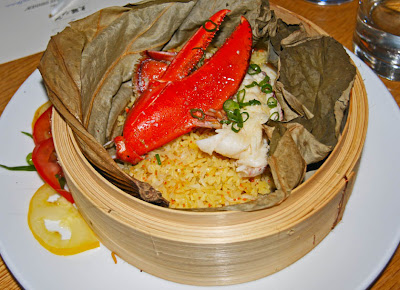 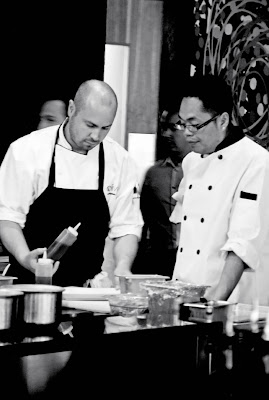 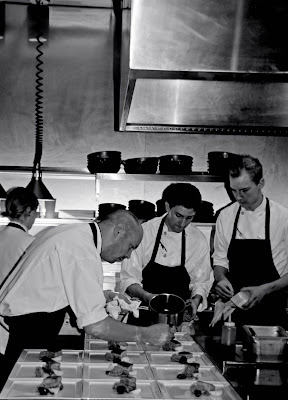 The chefs putting the final touches on the fourth course 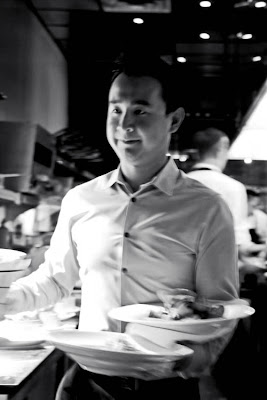 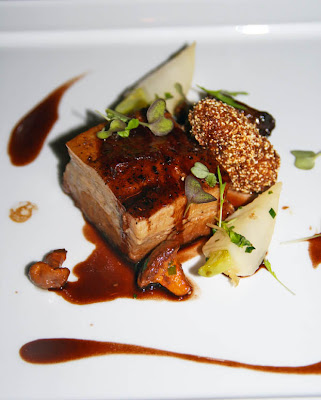 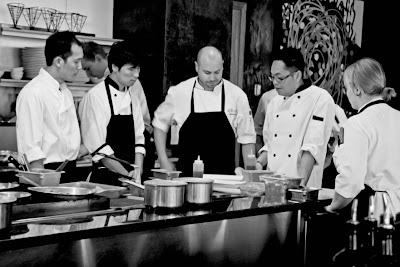 The chefs from both restaurants 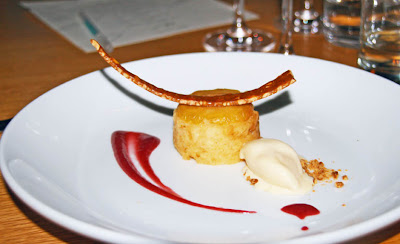 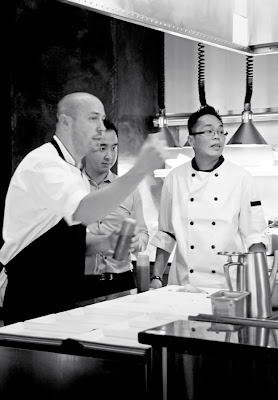 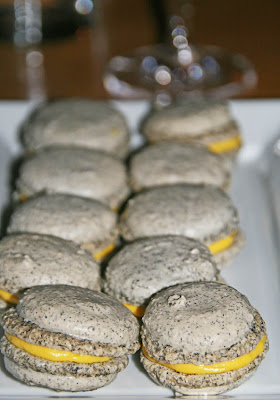 The dinner featured wine pairings from General manager Garth Brown, a signature Asian inflected cocktail, “Dim Sum” Hors d’oeuvres, a 5 course dinner (two from each chef), and a combined dessert. "I always like to start off an evening like this with bubbly," said Brown, "I want everyone to feel like family comfortable and taken care of." While the chefs alternated in preparing courses, bustling around the kitchen, guests were invited to take front row seats to the action.

"For us, we like things to come full circle so you end where you began," noted Brown. This was evident in the leitmotif of lemongrass which first appeared in a unique East West cocktail (with gin, lychee, lemongrass and basil) which started off the evening. The lemongrass reappeared in dessert as ice cream, served with an upside down pineapple cake with five spice brittle and cherry sake coulis. The Torbreck "The Bothie" Muscat a pale lemon colour, was fragrant with honesuckle and honey and a great wine to end the evening.

What a restaurant!! I was impressed!! Thank you for sharing!