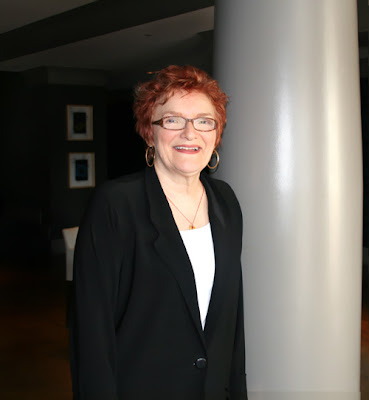 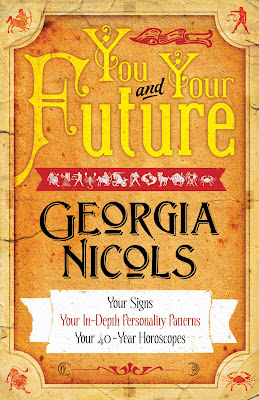 The astrologer's latest book You and Your Future published by Anansi. "I start a little in the past to validate me because you could say anything about the future," says Nicols.

CSL sat down with famed astrologer Georgia Nicols for a feature in the Fall 2011 issue of City Style and Living Magazine. We thought we'd bring you more unpublished exclusives from our interview.

CSL: What are some highlights from your book?

Georgia Nicols: I think it's beneficial for people to read the book, I think it's very anecdotal and I love the ‘how to be happier’ for each sign. I think everybody should read all 12 signs because everyone is not only one sign.

You looked at the charts of the British Royal couple, Will and Kate?

He's a double cancer. She's a Capricorn so on her house of marriage it's Cancer. He's a Cancer, on his house of marriage is Capricorn. They both have the same moon.
If your moon is in the same element you can live together more easily, but they have the moon in the same element and sign. Moon in Cancer is very sensitive and the two of them are sensitive to each other, they're always nurturing each other.
She has mercury in Aquarius, so she's a smart one. They are also both in their Saturn return, so it's very typical to get married or have a baby in a Saturn return. So they're at the same juncture always in their life. Because they have Jupiter in Scorpio people tend to talk to them. He's a late Sagittarius rising, so really Capricorn rising and she's a Capricorn so they are very much into looking very proper, they want prestige.

A Moon in Capricorn can spot a Louis Vuitton in ten paces so they know that's how to get respect. They're loaded up with labels. Plus they hate scandal; they will not be a scandalous couple at all.

What about Princess Diana?

Princess Diana had Neptune on the 1st. Neptune is also a veneer; you can't see it. When you have Neptune near you on your rising sign people project onto you and they see what they think you are. Marilyn Monroe had that. When Marilyn Monroe was famous, she was peroxide blonde, big breasts, not a great actress. Why was she a legend? Not because she was a sex symbol. It's because she's something else. We are projecting ourselves. That's why so many people watched Diana's funeral - it’s because a million Diana's died. Everyone's own personal Diana died.

What are you reading?


I renovated my house and I used to sit at Starbucks. I went through three of those graph paper pads. People would ask ‘oh are you an architect?’, and I would say 'no'. I built it according to Feng shui. But I went through every little detail. My bible is A Pattern language - it's a fabulous book. It's set up like a dictionary. The first part is how to set up towns and cities, but the last half is how to build a home. It's so philosophical and psychological, there is a whole long quote from the Odyssey by Homer where he comes back and the wife tests him. It talks about things like - any home with uniform ceiling height is uninhabitable. It has a lot of why do we do things.

You say that knowing when the moon is 'void of course' is essential.

If you read nothing else you should read the moon void of course in my “all signs” column. I call it a moon alert. It will tell you everything you need to know.
The moon does affect us, it affects dogs, it affects everybody because we are so fluid. When it’s not aspecting anything we tend to feel a little goofy, if you’re aware. You shouldn’t trust your initiating of an idea. If you initiate an idea it will tend not to fulfill its purpose. So if you’re out and decide ‘I’m going to buy those shoes’ you may only wear them three times and then never again. It’s a code for business. The moon void of course comes up every two and a half days.
The Latin for it is ‘it comes to nothing.' Now they’re not bad times, they’re goofy times so you could be very creative. Somebody I know was a writer for Universal Studios and she always wrote during those times. It’s a great time for parties, or creativity because you're thinking is out of the box. So I live by that and slowly people who live with me have learned. But I don’t really get hung up on the full moon. The new moon is definitely a time to set intentions, it’s just expedient, that’s all.

Posted by City Style and Living at 5:04 AM

Want To Increase Your ClickBank Banner Traffic And Commissions?