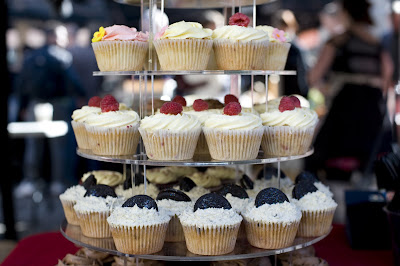 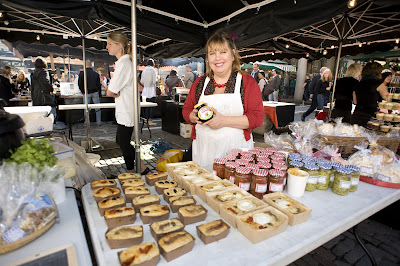 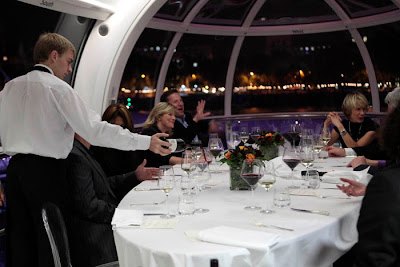 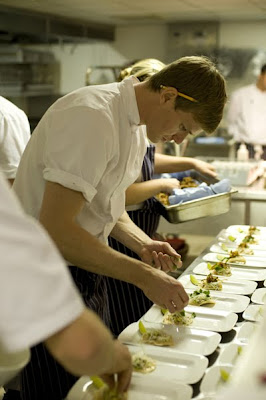 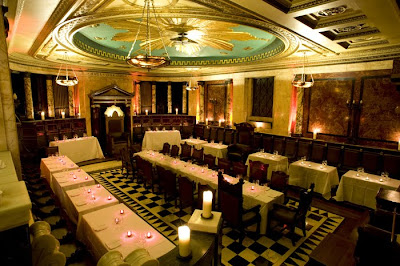 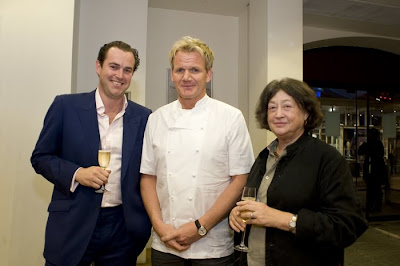 The inaugural London Restaurant Festival launched with a splash of red carpet glamour at the Vanity Fair opening party at Quaglino’s, an event that will doubtless become an annual glittering highlight. With the festival’s main events getting underway today, the organisers have announced gratifying levels of interest from chefs, restaurateurs and the public.

Pre-event targets of signing up 500 restaurants were exceeded by more than 10% in the run-up to this week with a typically diverse range of more than 550 London establishments requesting involvement.

This never-before extravaganza, which happily returns a revolving restaurant to London sees one capsule on the capital’s most popular paid-for tourist attraction transformed each evening into a dining room for ten. Seven different celebrated chefs will be cooking. Richard Corrigan from Corrigan’s of Mayfair will cook on the evening of 8th October. Hot on his heels will be Gordon Ramsay on the 9th. The night of the 10th October sees Francesco Mazzei from L’Anima in the kitchen, followed by Vineet Bhatia of Rasoi Vineet Bhatia on the 11th. Zuma Restaurant will have their chef Ross Shonhan on board on the 12th October. Tong Chee Hwee from Hakkasan will be in charge on the 13th. And such was the interest created by this one-off event that last week an additional night was added on the 14th when The Ivy’s Alan Bird and Gary Lee arrive for one final night of exquisite dining.

Just as much interest was seen for the Supersonic Masonic Supper Club, the event from the original pop-up restaurateurs Pablo Flack and David Waddington of Bistrotheque. For the festival they have teamed up with Andaz Hotel to create a 50-seat, three-night-only eatery in the hotel’s Grade I listed Masonic Temple.
The London Restaurant Festival was the inspiration of Fay Maschler, She said, “Restaurants have become a vital part of life, not just for nourishment but for socialising, inspiration, deal-doing and fun. London’s extraordinary breadth and depth of restaurants and our home grown and imported talent deserves to be recognised and celebrated in as entertaining and supportive way as possible. Other great cities have restaurant festivals. Now we do too.”

Sally Chatterjee, interim CEO of Visit London, one of the founding partners of the festival added: “The last 18 months have been challenging for the London restaurant sector. Our aim with the festival was to put them back in the spotlight, to remind people of the quality, value and diversity of the capital’s dining scene, and to encourage people to re-discover eating out in London. We’ve been delighted with just how much interest tourists and locals have shown in the festival, while for those who are yet to make a booking, time is running out so they should check out the London Restaurant Festival website today.”
Also generating a lot of attention is the Starter for Ten Quiz. Hosted by Bamber Gascoigne, the quiz will see a team of top chefs going head to head with a team of well-known critics in the battle to see who has the most foodie knowledge. Taking place at Vinopolis this Saturday (10th October) a new promotion means food fans can now get their hands on two tickets for the price of one. That’s just £25 for two tickets to see this hotly-contested quiz and to enjoy a drinks reception beforehand.
www.londonrestaurantfestival.com
Posted by City Style and Living at 1:56 PM