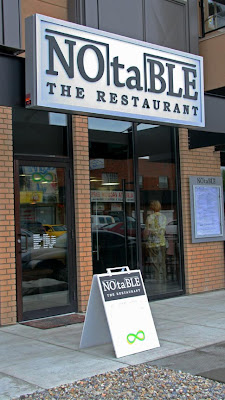 The exterior view of the Bowness restaurant, Notable. 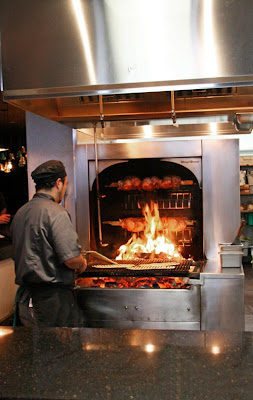 A large rotisserie oven was fired up as the evening began and was used to cook chicken, beef and flatbread - a warm makeshift fireplace for a lovely rainy evening in Calgary. 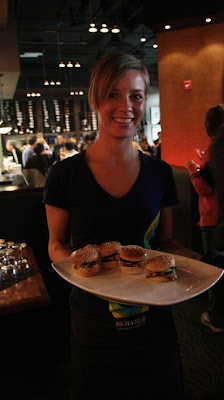 A server with mini tuna burgers - delicious and cooked perfectly; with the added crunch of sour pickles. 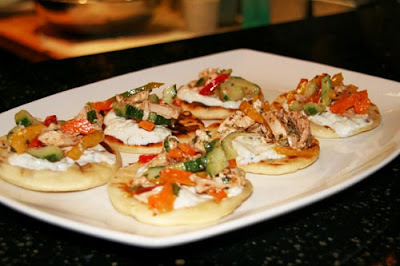 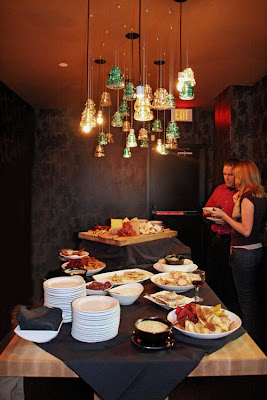 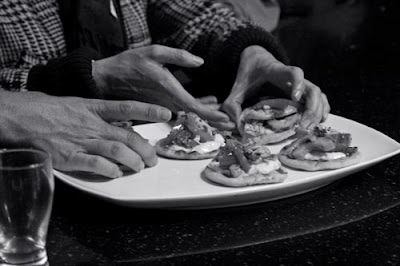 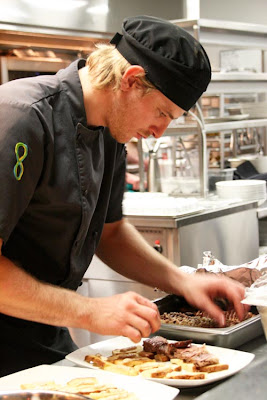 A member of the cooking staff prepares roast beef sandwiches. 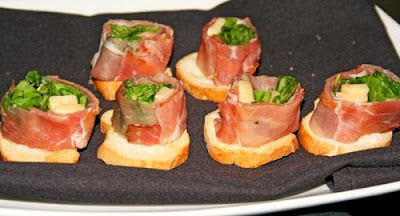 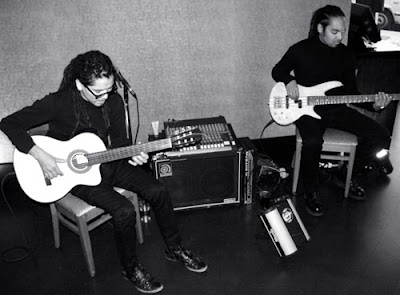 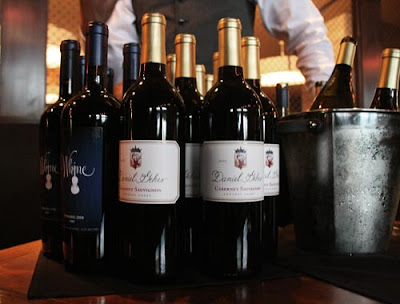 Wines from Cork and other purveyors were served at the event. 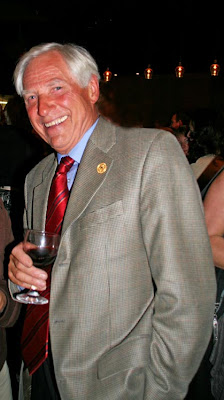 Bruno Marti (La Belle Auberge in Ladner, BC) one of Michael Noble's mentors. 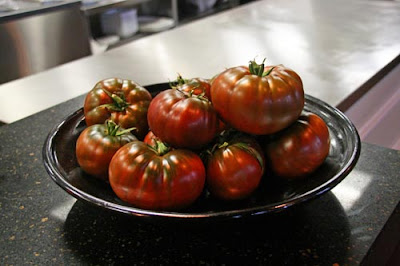 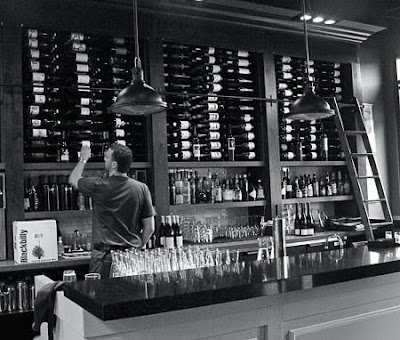 The bar with wine bottles as a display. 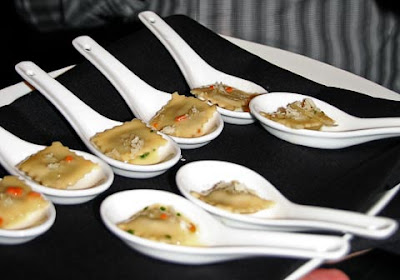 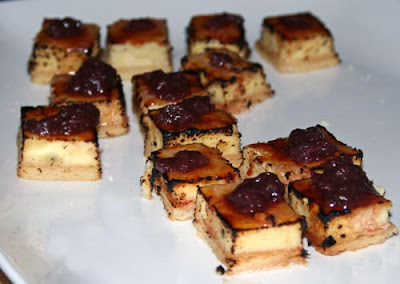 The signature dessert of the restaurant. 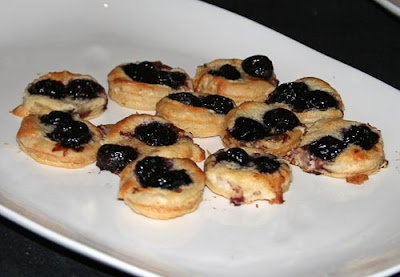 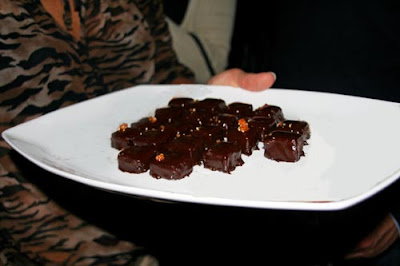 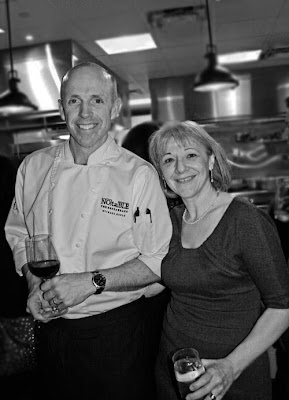 Michael Noble and his wife Frederique.
The official Grand Opening of NOtabBLE (hereafter written as Notable), Michael Noble's new restaurant in Bowness proved to be quite the night. The rotisserie centrepiece was roaring with flames as guests arrived. Wine tastings were set up for guests, tables were filled with hors d'oeuvres, waiters busily carried food to and from the kitchen and Spanish music filled the air.

Noble who competed twice for Canada at the Bocuse d'Or World Cuisine has had a long culinary career and considers this restuarant as the culmination of his efforts. With his wife, Frederique and children by his side he spoke to the crowd about the people who have helped him realize his dream. "This place is about community. We do everything here with heart. We will make mistakes, we may even spill a glass of wine on you but we'll do it with heart," he explained. Bruno Marti, of La Belle Auberge in British Columbia and one of Noble's mentors was also present and addressed guests with a brief overview of Noble's career path.

As the first drops of rain began to fall outside, guests were cozy indoors sipping sparkling wine and congregating near the warmth of the rotisserie's fire.

www.citystyleandliving.com/
Posted by City Style and Living at 9:16 AM

It's in Montgomery, not Bowness. Different communities.

We were privy to a pre-opening dining experience at NOtaBLE last month that was nothing short of spectacular! Janis & I look forward to dining there in Calgary again. Michael Noble's latest venture is a work of art - both culinary and visual. Michael’s love of food and delight in sharing his talents shine through. Bravo!

Thank you for letting us know about the community of Montgomery.