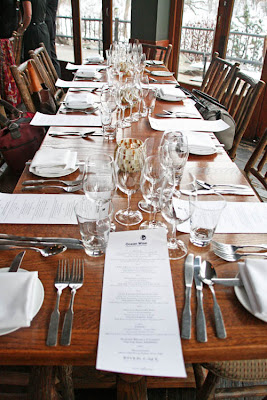 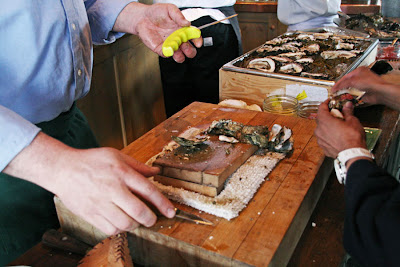 Oysters from both the West and East coast of Canada were offered to guests upon arrival prepared and served by Chef Eric Giesbrecht, Meta4 Foods and Chef Scott Pohorelic of SAIT 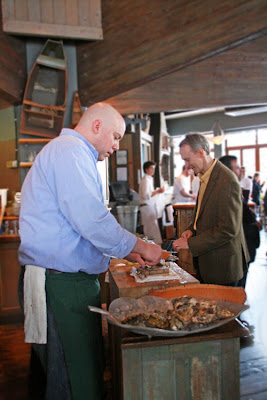 The oyster station was a hit with guests 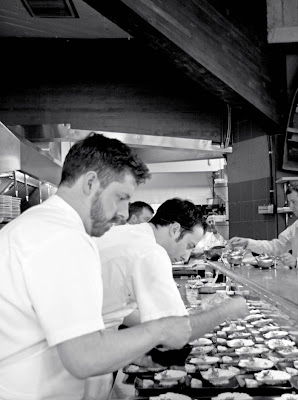 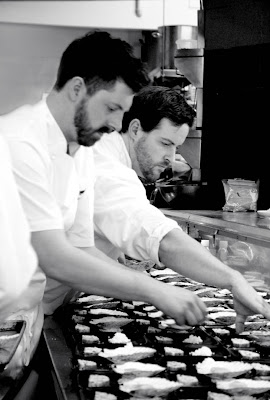 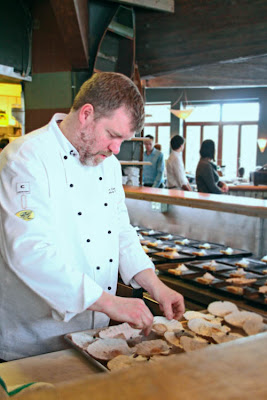 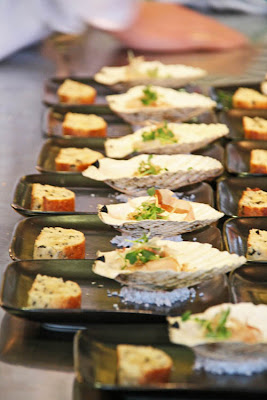 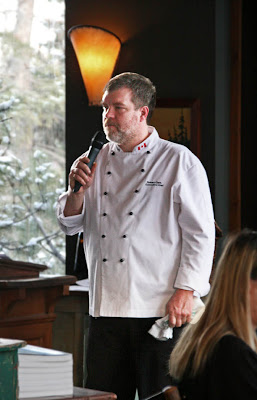 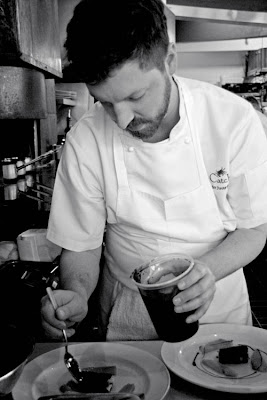 Chef Peter Swarbrick of Catch adds sauce to a dish 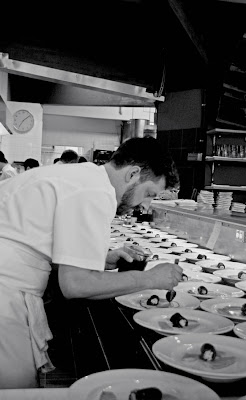 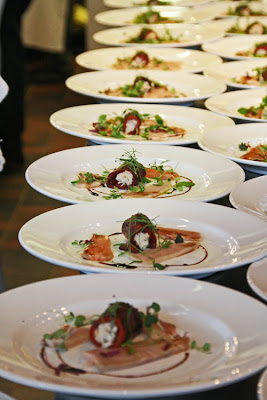 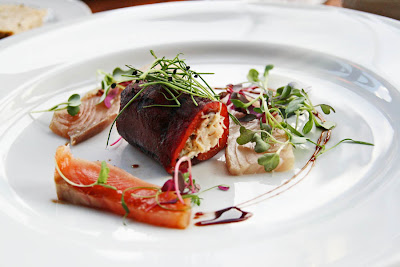 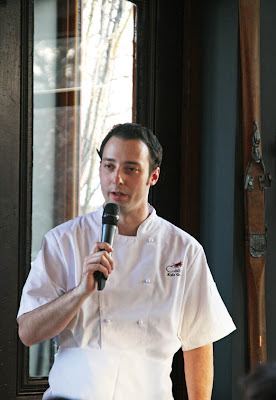 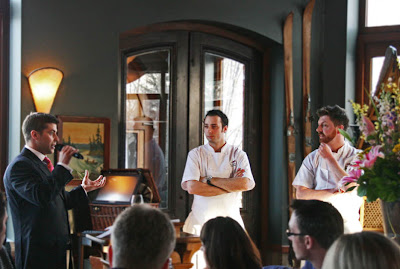 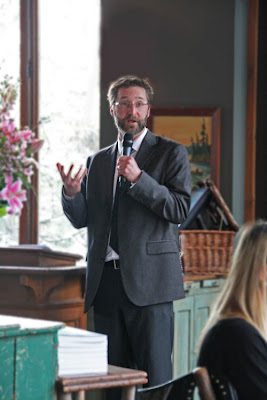 Mike McDermid of Ocean Wise™, the Vancouver Aquarium conservation initiative and aquaculture education program based in Vancouver that educates and empowers consumers across Canada about the issues surrounding sustainable seafood 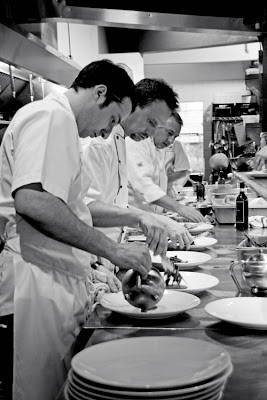 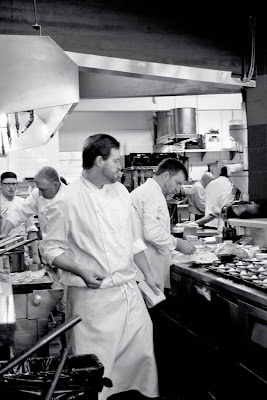 Chef Andrew Winfield of River Cafe in the kitchen 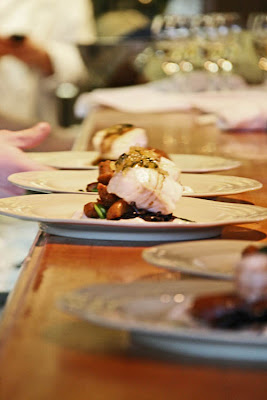 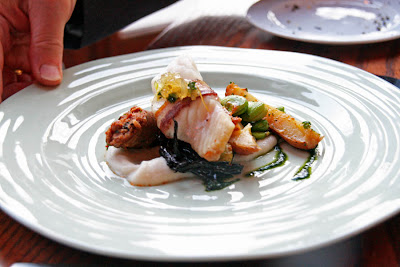 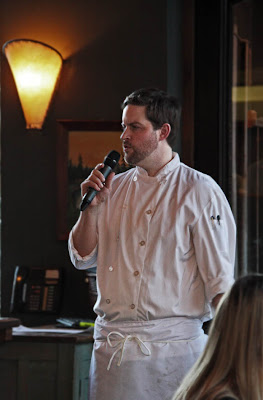 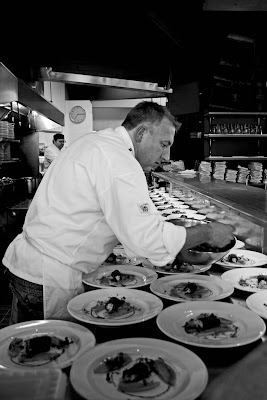 Chef Paul Rogalski of Rouge busy in the kitchen 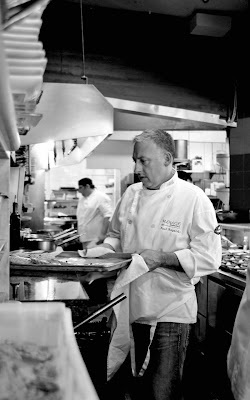 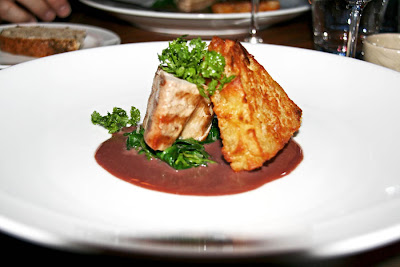 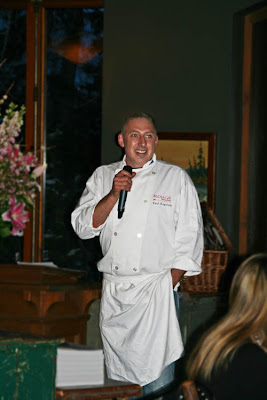 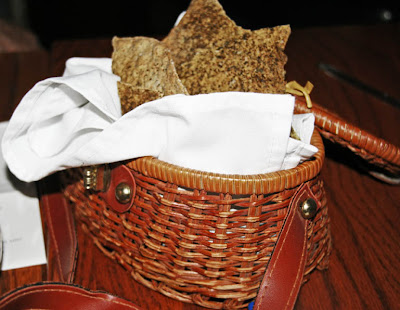 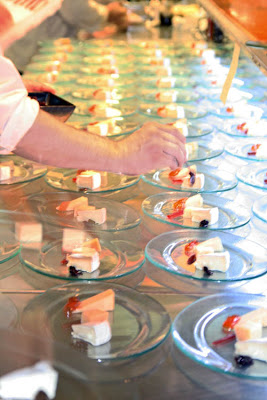 When guests gathered for the Salut to Ocean Wise Grand Finale Dinner presented by Visa Infinite April 17 2011 frigid temperatures and a layer of snow lingered ominously outside but it could not deter diners. A crowd gathered to enjoy seafood from some of the best chefs in Alberta and B.C. After enjoying freshly shucked oysters from both of Canada's coasts, guests sat down to a seven course dinner.

As guests chatted, the activity in the kitchen was fast paced and elegant to watch. In orchestrated movements the chefs took turns plating, saucing, and putting the final touches on the dishes. Though they had come from different restaurants the chefs worked remarkably well together. It was a beautiful sight to witness from River Cafe's open kitchen.
Donald House Salut wine and Food Festival co-Chair and Festival Director said that he had long wanted to put this event together. The evening was a wonderful opportunity "to taste fresh seafood in landlocked Calgary." Repeatedly, chefs and representatives from Ocean Wise underlined the importance of choosing sustainable options and making choices that will ensure
seafood for generations to come.

1) go to http://www.citystyleandliving.com
2) click on the 'front cover' image, on the left hand side of your screen
3) to flip through the e-magazine, click on the bottom right hand corner
of the magazine, just as you would a magazine!
Posted by City Style and Living at 12:12 PM

What a fantastic evening! Thank you all who made it happen!

eToro is the most recommended forex trading platform for beginner and established traders.