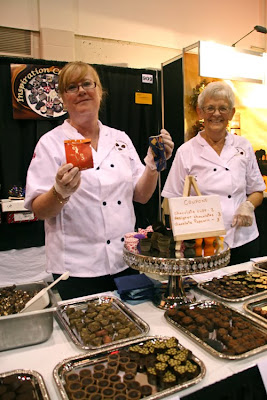 The ladies at Inspiration Chocolates show off their products owner Josie Hladki
creates a range of chocolates, we thought the chocolate covered popcorn bags were so cute 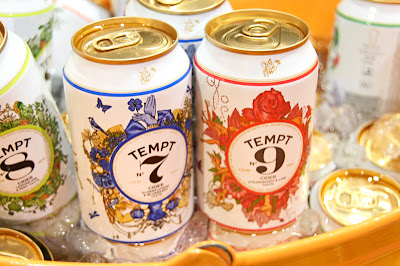 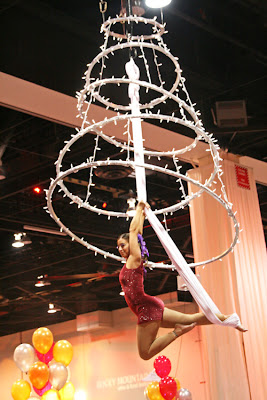 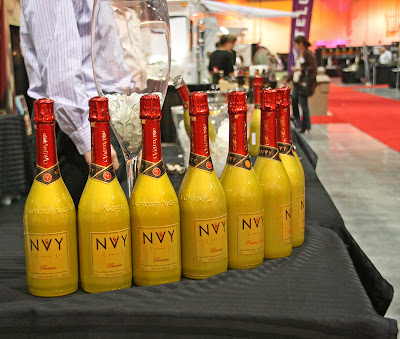 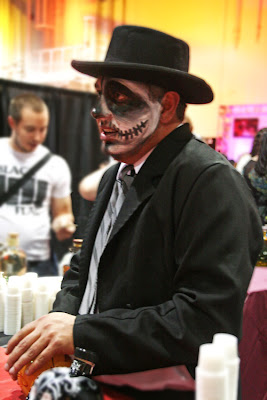 One exhibitor gets into the spirit from KAH tequila 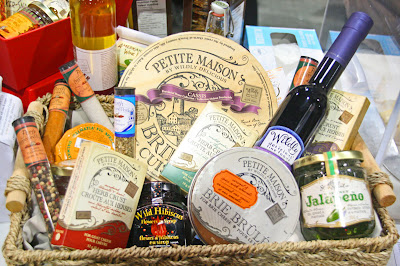 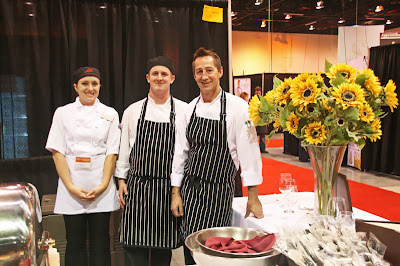 The chef's from Bears Den 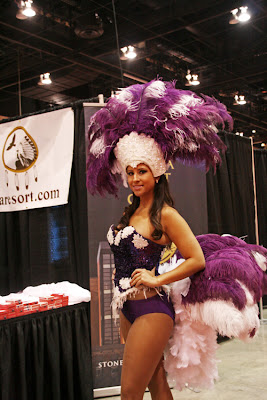 All glammed up at Stoney Nakoda Resort & Casino 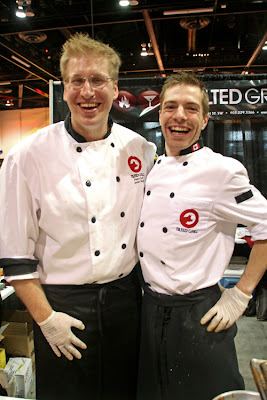 The chefs from Tilted Grill are all smiles 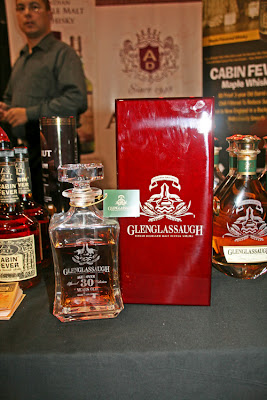 One of our favourites - Glenglassaugh Scotch Whiskey 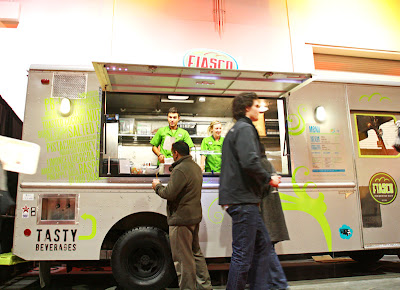 One of Calgary's food trucks Fiasco Gelato made an appearance at the festival. How cute! 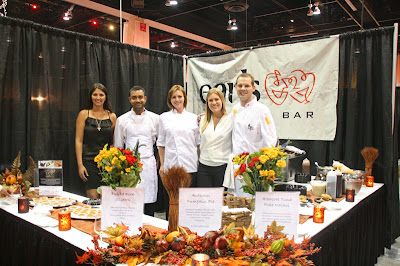 Remember the team from Earl's Tin Palace (see this posting)? We were happy to catch up with them again at the festival. 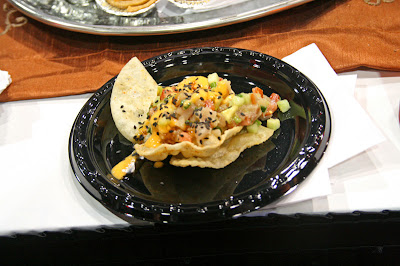 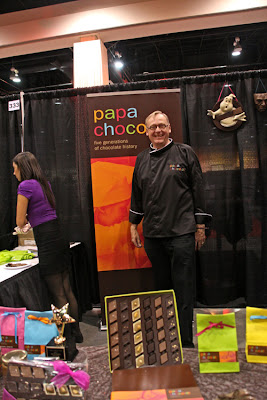 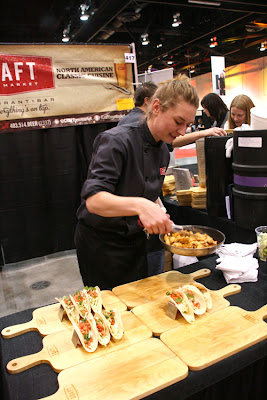 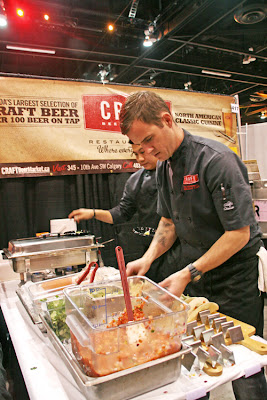 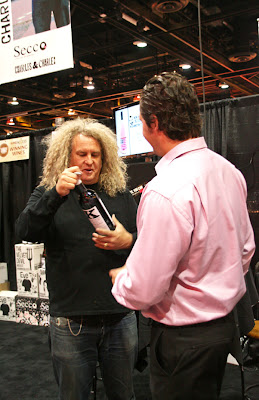 Special guest, award winning winemaker Charles Smith visited from Washington. There were line-ups to have bottles signed and pictures taken with him. 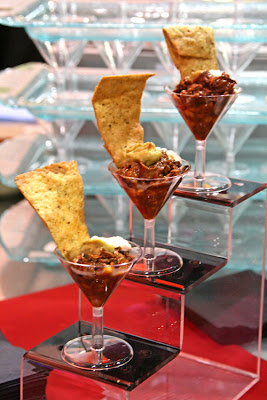 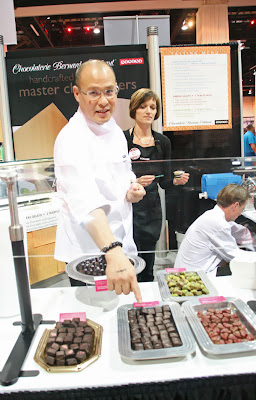 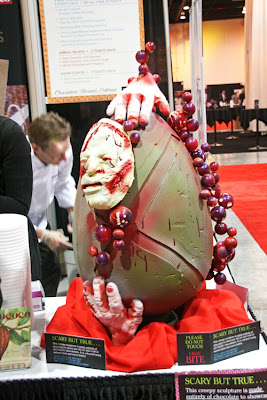 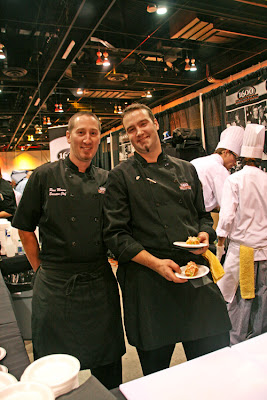 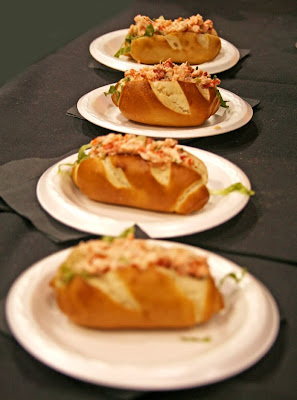 
CSL was pleased to attend this year's Calgary Rocky Mountain Food and Wine Festival. With tastings of wine and food, performers, a food truck, and award winning winemaker Charles Smith, the festival was a whirlwind event. CSL interviewed Festival Director, Cathy Miller about this year's event.

What are you most looking forward to at this year's event?

I’m very excited about having Charles Smith visiting the Rocky Mountain Wine & Food Festival. Charles is the winemaker for Charles Smith Wines in Washington. He won Winemaker of the Year for Food and Wine Magazine in 2009. I personally love his wines and so do our consumers – his Kung Fu Girl Riesling has won the People’s Choice Award at Winefest three years in a row. Charles rarely comes to Canada, so I’m excited to meet him and so happy that so many Festival goers will get a chance to meet him as well. He’s pretty famous in the wine world for both his wines and personally. I have friends in Europe that are so envious that he’s going to be in Alberta – that’s how popular Charles is! He’s also bringing exclusive wines for consumers to try (and buy) that have never been available in Alberta before, and will only be available at the Festival. I can’t wait to get my bottles signed and share them with friends and family after the Festival.

Who or what are you always happy to see at the event?
My favourite part of the Festival is the overall energy once it gets started. It’s fun to walk through the hall when I have some time and hear “Oh my, this is AMAZING” or “Hmm, I’ve never tried a wine from Portugal before”. I love watching random people interact – telling each other what they need to try, and what they enjoyed tasting. It’s so different from when people go out for dinner and only talk to the people at their table. During the Festival people are talking and sharing their experiences all night long. It’s also fun to see what is the big hit each year, as there are always a few samples that get talked about the most.

You also host the Rocky Mountain Wine and Food Festival in Banff and Edmonton. How is the vibe/atmosphere different in Calgary?
The energy at all the Festivals are really similar – it’s relaxed, social and there’s a high energy level. In Calgary we notice people especially eager to try the expensive products like high end wines, spirits and scotches.

Any other details attendees would like to know?
This year’s Calgary Festival is the largest on record and will be held in a newly renovated, larger space at the BMO Centre (Halls D & E). We’re excited to offer consumers more selection than ever for food and beverage samples, as well as more space to move around and mingle.

CSL can't wait for next year.


1) go to http://www.citystyleandliving.com
2) click on the 'front cover' image, on the left hand side of your screen
3) to flip through the e-magazine, click on the bottom right hand corner
of the magazine, just as you would our print magazine!
Posted by City Style and Living at 11:42 AM