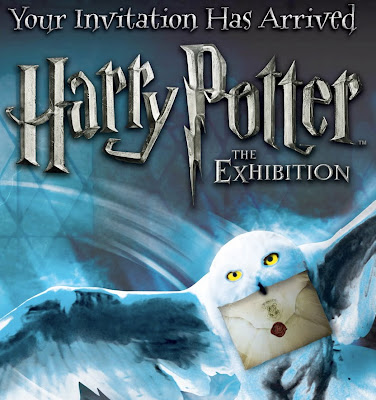 Are you a Gryffindor, Slytherin, Ravenclaw or Hufflepuff??

To celebrate the opening of Harry Potter: The Exhibition at its exclusive Canadian venue, the Ontario Science Centre, Harry Potter film stars James and Oliver Phelps, who play Fred and George Weasley in the film series, brought their magical charm and humor to today’s opening event. The exhibition offers fans a first-hand look inside the famous wizard’s magical world, giving guests the opportunity to experience the amazing craftsmanship of hundreds of authentic props and costumes from the Harry Potter films. The exhibition will be on view until Sunday, August 22, 2010.

As visitors tour the exhibition, they will be taken on a journey into the world of Harry Potter through several themed vignettes based on iconic Hogwarts settings, and come face-to-face with some of their favourite props and costumes, all of which were hand-picked by GES, Warner Bros. Consumer Products and the filmmakers themselves.

Some of the key artifacts on display include Professor Snape’s robes; Professor Trelawney’s crystal ball and exotic wardrobe; costumes and props from Professors Lupin™, Lockhart™ and Umbridge™; props and artifacts from the Yule Ball, including costumes from notable characters such as Harry Potter, Ron Weasley, Hermione Granger and Professor Dumbledore™; and life-size centaurs, a caged dragon, Buckbeak™ the Hippogriff and a giant Acromantula spider.
Harry Potter: The Exhibition was created by GES in partnership with Warner Bros. Consumer Products.

Time-Turner™ The Time-Turner, used by Hermione Granger™ and Harry Potter to travel back in time and save Sirius Black™ and Buckbeak™ in Harry Potter and the Prisoner of Azkaban™

Harry Potter’s School Uniform The school uniform worn by Harry Potter as seen in Harry Potter and the Order of the Phoenix™. Harry Potter is known as "the boy who lived" after Lord Voldemort™ attempted to kill him as a baby

Harry Potter’s Glasses
Glasses worn by Harry Potter, which were fixed more than once by Hermione Granger, as seen in the Harry Potter films

Harry Potter’s Wand
Harry Potter’s wand—made of holly, with a phoenix-feather core from Fawkes’ tail. Harry’s wand is linked to Lord Voldemort’s wand by virtue of the fact that Fawkes provided the tail feather core for both wands

Posted by City Style and Living at 1:37 PM