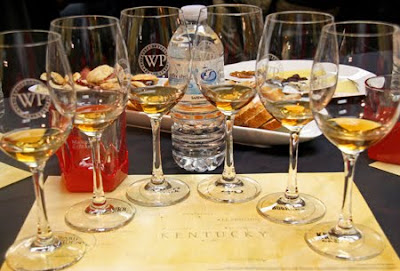 Glasses arranged for the tasting on a map of Kentucky 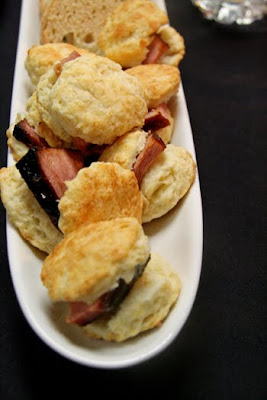 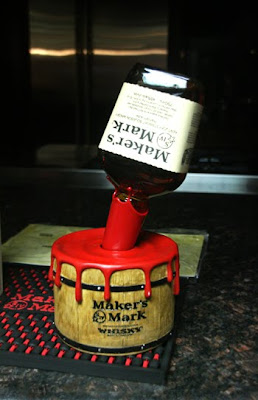 The classic red wax seal atop a bottle of Maker's Mark 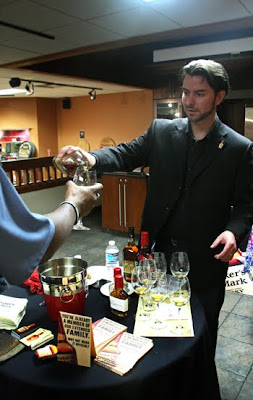 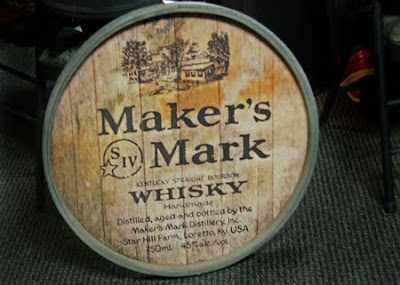 One of several prize winnings - perfect for a home cave 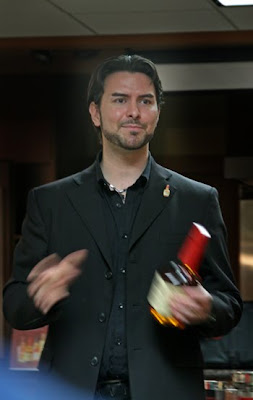 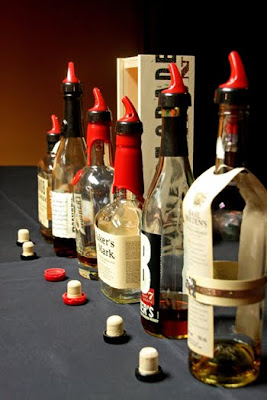 Bottles from the tasting with their distinctive seal and shapes 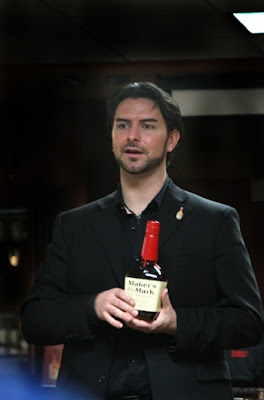 Meyers with a bottle of Maker's Mark before the crowd 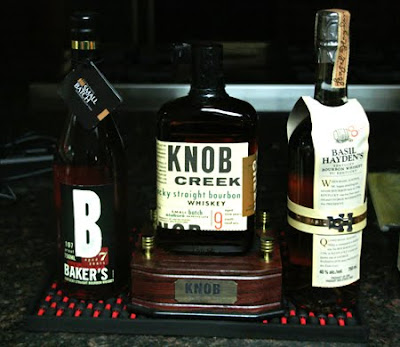 More iconic bottles from the brand 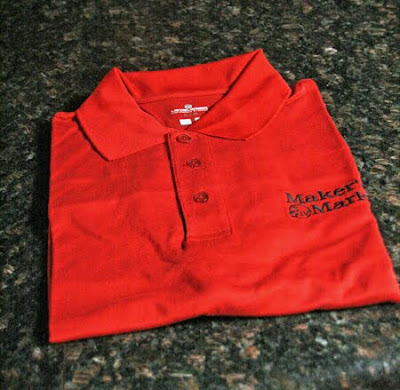 The American native spirit - bourbon was on full display at Willow Park Wine's and Spirit's Beam's Bourbon Evolution Event. Six of Beam's brands (including several small batch) - Basil Hayden's, Baker's, Maker's Mark, Maker's 46, Booker's and Knob Creek - were part of the tasting. Aged in American white oak, and made from a minimum of 51 percent corn, the bourbon are all designed to be full flavoured.

Host and Western Canadian Distillery Diplomat, Jeff Meyers, spoke to an enthusiastic crowd about the "sipping product," the Kentucky Derby and its long association with bourbon, how pewter cognac bottles inspired the design of Maker's Mark and how mint julep began as a sling. Stressing the point, that these amber beauties should be enjoyed by slowly sipping, not as shots.

Likening Beam's brands to a baseball team lineup, Meyers praised Knobb Creek for its "standout nature." Booker's he said is "a rare tribute bourbon to look out for in retail," while Basil Hayden's "was designed so it will forever be the same [bourbon] whisky, it is a ride and a crowd favourite." Of Baker's Meyers commented: "it has soft vanilla notes, and goes down easy, the black wax is emblematic of high quality." The MVP of the lineup however, was a new bourbon from the brand - the Devil's Cut. "We've all heard of the angel's share well with the whiskey we soak out the bourbon in the barrel. It is something new and creative to play with." Meyers recommends drinking it with cola or ice.

At the end of the presentation, Meyers quizzed the attendees on trivia about the brands; to the delight of everyone winners received Beam swag: golf tees, a bag, shaker, and a real bourbon cask top.

With such a wide range of bourbon made for cocktailing, sipping and socializing - we're ready to play ball, y'all!

I was inspired by this Kentucky Bourbon presentation. I' m planning our Derby Day celebration complete with Mint Julip for the ladies and Makers Mark or the MVP, Devil's Cut for the gentlemen.